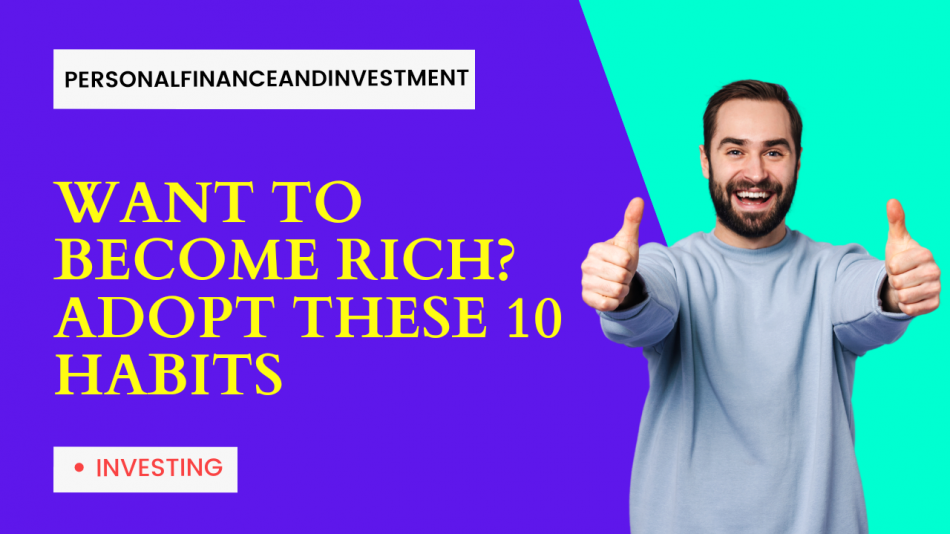 Friends! Welcome to Millionaire Success Habits. In today’s time, if the question is asked, what do you need? So the answer of most people would be a lot of money i.e. crores of rupees. Because money fulfills most of the needs of our life today.

Everyone tries to earn a lot of money, that is, to become a millionaire, but only a few of them are successful. You might want to know that what is the reason that only a few people succeed in becoming a millionaire and most people fail. While both types of people have ambitions to become millionaires, and also work hard for it. But there is something to separate the two.That is their habits. A person has some such habits, which gives him success in his field.

Such habits are found in most of the millionaire people of the world, if we try to adopt them then it is possible to become a millionaire. 10 such habits that a successful millionaire adopts in his life.

1. Millionaires give priority to time management

A successful millionaire gives more importance to Time Management. They complete every task on time and avoid postponing the work. Only by doing this, they are able to achieve their goal on time. A businessman travels somewhere. So there he also finds Opportunity, and this is what separates him from other people.

2. Considers Discipline as the Key to Success

Discipline is essential to get success in any area of ​​life. Discipline demands control and sacrifice over oneself. A successful millionaire follows discipline in his life because he knows that only through discipline can his time management system be made successful. To make Long Term Investment and business successful, they consider Discipline essential.

4. Millionaire people know the art of making money from money

5. Millionaires are not satisfied with their one success, but make further goals

Most of us are satisfied after achieving our goal. They think it is enough. But a successful millionaire never settles after being satisfied with one of his successes. Rather, it sets its next goal. If his business is small, he makes it bigger. A millionaire, aims to become a billionaire. This is the secret of his success. Due to which he is able to make more than one record.

6. A successful Millionaire Is Motivated By Himself

7. A successful Millionaire Is Always Ready To Learn

The more successful in this world in his field, the more he is ready to learn. Because they know that no one can be completely perfect. It is their habit to work on new ideas and implement them. Those people know that Amir Kaise Bana Jata hai.

Most of the millionaires in the world do not like to work. They know that by working, you help make people rich who have jobs. Millionaire people have the thinking, (Amir Kaise Bane?) that to become rich, create a job yourself and become a boss.

9. Millionaires Are Not Afraid To Take Action

Most of us think a lot before starting any work and are unable to take action. They succeed because successful people take action. They know that only by taking action can they get to the bottom of the problem, and can be experts in that work.

A successful millionaire does not get worried when problems arise, but works patiently. Instead of worrying about the problem, he finds a solution for it.